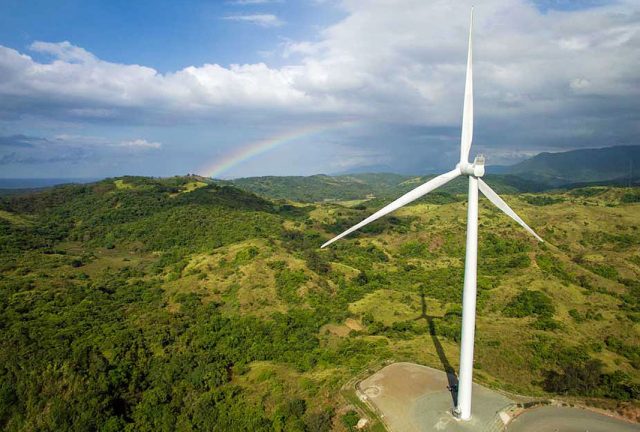 THE DEPARTMENT of Energy believes new laws may be needed to relax the foreign ownership restrictions for wind and solar projects.

“The National Renewable Energy Board has looked into it — under the leadership of then-chair Monalisa Dimalanta. (But) we have a problem on the interpretation of the Constitution. It states (that) all natural resources with energy potential should undergo service contracting,” Undersecretary Felix William B. Fuentebella said at a webinar organized by the European Chamber of Commerce of the Philippines Tuesday.

“There were exemptions… That’s why we were able to (relax foreign ownership) for biomass and geothermal, but as far as wind and solar is concerned, there may be a need for legislation,” he added.

The Energy department recently held the third round of its open and competitive selection process, which allowed for the full foreign ownership of large-scale geothermal projects including sites like Daklan, Puting Lupa and Mt. Labo, which have a total potential capacity of 74 megawatts.

The 1987 Philippine Constitution prescribes 60-40% ownership in favor of Filipinos for various sectors.

During the webinar, Mr. Fuentebella also addressed whether the department has plans to issue a permanent ban on new coal projects.

“Is it being looked into by the government? Of course, we are looking into all the scenarios as far as whether or not we will pursue coal. In fact, we are even (thinking of going) nuclear… because we have an increase in population while the DBCC (Development Budget Coordination Committee) and NEDA (National Economic and Development Authority) come up with their economic growth numbers. So these are aspects that we have to balance… and (operationalize) in the Philippine Energy Plan,” he said.

Is your roof angle suitable for solar panels?